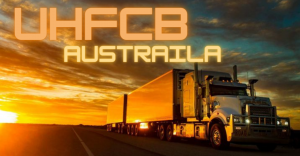 UHFCB.com.au Is committed to helping the Australian Communications & Media Authority (ACMA) to keep the airways clear and free of abusive and Illegal UHFCB radio operators so that people like you and I can have conversations without the interference of other users who’s only purpose is
to interfere other legitimate users on the air.
ABOUT CB RADIO
The Citizen Band Radio Service is a two-way, short distance, communications service that can be used by any person in Australia, for recreational or domestic purposes or in connection with the operation of a business.
There are no restrictions on who may use CB radio, where they may operate, or any controls on the total number of users. At any time there will be many users operating on any particular CB channel, some sharing the frequency in the same area and many more operating simultaneously
in different areas. Even though there are 40 channels in the HF and UHF bands, congestion, interference and frustration is inevitable from time to time.
CB was designed to be a largely self-regulated communications medium, with relatively few rules, on which the average standard of behaviour would be set by peer pressure, dictated by the level of tolerance of the majority of the users.
THE RULES
Despite the common misapprehension that the rules were abolished with individual CB licences, there are legally enforceable rules for CB radio use. They are contained in a document entitled the Radiocommunications (Citizen Band Radio Stations) Class Licence 2002, which is published on the ACMA web site at www.acma.gov.au . CB radio use is also subject to the provisions of the Radiocommunications Act 1992, as are all radiocommunications transmitters.
WHAT IS ILLEGAL?
Some of the more common offences detected on the Citizen Band are as follows:
Obscene Language
Bad language is not totally prohibited on CB radio any more than it is in a house, at the movies, or on the street. Further, the general level of tolerance of obscene language varies with changing community values and the context of the situation. For example, language acceptable in a modern play is totally unacceptable in a children’s pantomime.
Because of the difficulty, in the face of varying community values, of framing legislation to prohibit obscene language, the CB Class Licence conditions do not specifically ban it. Instead, the following licence condition has been enacted in an endeavour to catch a variety of undesirable behaviours:
o A person must not operate a CB station in a way that would be likely to cause a reasonable person, justifiable in all the circumstances, to be seriously alarmed or seriously affronted.
To take action against foul language the following requirements must be met:
i. A complainant is required, and that person must be prepared to make a signed, written statement and, if necessary, give evidence in court. It is difficult to make a case of “affront” if no one is prepared to come forward and assert that they were affronted by the language heard.
ii. Evidence must be collected of a pattern of behaviour showing that the offender persistently uses language worse than that accepted as the norm by the CB community.

If your complaint is judged to be serious enough for the ACMA to consider further investigation, you will be invited to place your complaint in writing, in the form of a signed statement, and provide actual evidence of the offence. Such evidence might be tape recordings, logbooks and written statements from witnesses.
On receipt of this material, the ACMA will make a further assessment of your complaint. If it is judged that :
o a offence under the Radiocommunications Act 1992 has been committed; and
o the offence is of a serious nature; and
o it is practical for the ACMA to obtain evidence of an offence: e.g. the person is likely to repeat the offence regularly enough for the ACMA to be able to obtain its own evidence of the identity of the offender;
then it is likely that the ACMA will accept your complaint for further investigation.
However, whatever decision is made about your complaint, the ACMA will advise you in writing and provide reasons for the decision.
HOW DO I OBTAIN EVIDENCE TO SUPPORT MY COMPLAINT TO THE ACMA?
Collect information to confirm an offence has been, or is being, committed, that it is serious enough to justify the cost of its investigation, and provide evidence of the identity of the alleged offender. Possible approaches include:
Make a Tape Recording
If possible, make a good quality recording with no background noise. Again, if possible, announce the date and time of the recording, your name, which CB channel is being recorded and your location. If other persons are present during the recording, their names should also be announced on the tape. You must be present for the entire recording so that you can provide evidence that it is an accurate recording. Try not to stop the recorder
for the entire duration that the alleged offence is being committed to avoid “clicks and pops” on the tape that might suggest editing or tampering.
Tapes that do not meet these requirements may still be useful in an investigation. However, their acceptance as evidence would be at a court’s discretion.
When the recording is finished punch out the record inhibit tabs, place it in an envelope, seal it and sign across the seal. It should be sent to the ACMA, with your other evidence, by registered mail.
Keep a Logbook
The purpose of keeping a logbook is to provide the ACMA with information on when the problem typically occurs,on which channel it is generally heard, and the frequency of occurrence. Any information heard that provides a clue to the offender’s identity should also be recorded.
The ACMA will use this information to assess the seriousness of the problem and the practicality of conducting an effective investigation.
Identifying a the Alleged Offender
The best identification evidence is a statement from someone who was present with the alleged offender at the time of the offence and heard and saw the transmitter being used to commit the offence. This, of course, is rarely available.
Otherwise, you, or another person, may have met the alleged offender face to face, or spoken to him or her on the telephone, and be able to recognise his or her voice when heard over the radio. This is more likely to be credible if the offender has a distinctive voice characteristic or turn of phrase. Examples include an accent, unusual laugh, or repeated use of an out-of-the-ordinary word.

Details the offender gives about him or herself during ordinary conversation on the Citizen Band may also give clues to his or her identity.
WILL I HAVE TO GO TO COURT?
The actions the ACMA may take as a result of an investigation are to:
o issue a formal warning;
o impose a fine; or
o instigate court prosecution.
Failure to heed a warning will result in an escalation of the action to fine imposition; while, failure pay the fine will
lead to the instigation of court prosecution.
Thus, the investigation of any complaint may result in court prosecution, and so, all complainants should be
prepared to give evidence in court, if necessary. Otherwise, effective compliance action may not be possible.
Information that will help the ACMA track down these users include
A valid email address must be used as Investigators may require further information that is not supplied on the original report
Any report submitted without a valid email address will be removed from the system and will not be investigated
IP addresses are logged with each report
Show your support
Like us on Facebook
& Google +1
Subscribe to our YouTube Channel
and following us on Twitter

UHF CB Australia is funded by the generous donations from our supporters, Show your support and donate safely using PayPal and help keep these vital services going